I’ve heard so many misconceptions about “Drake, The Pirate”. I’ve heard him referred to as “bloodthirsty”, “ruthless” and even “a scoundrel” by many people who haven’t really taken the time to try to understand him and his story. Sir Francis Drake was (and still is) an inspiration to his country and many people worldwide who have been challenged by unbending hierarchy and tyranny. He was a man who played an important role in keeping England (and in turn the world) far less affected by the onslaught of Spanish rule and the true horrors of the Inquisition. Drake was driven by his own early experiences of late 16th century Spanish “justice”, and because of this great personal trauma, became a classic example of a “self made man” with a true calling. 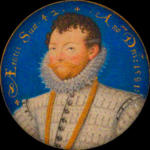 With the realities of the new Protestant movement in England as a backdrop, Drake had the tenacity and foresight to recommend to Queen Elizabeth I and members of her council when, where and how to take action against the Spanish outreach before it was too late – understanding fully, and again by his own experience, the religious temperament of Catholicism and ruthlessness of Spain’s thirst for power at that time. A stout and sturdy individual, Drake had the seafaring skills, intense focus on preparation and reconnaissance as well as the acquired leadership abilities to make him the ideal man for those important challenges taken on by himself and those around him. Those challenges faced by Drake and his crew usually found, through intense effort and immeasurable hardship, a successful (and most profitable) outcome. 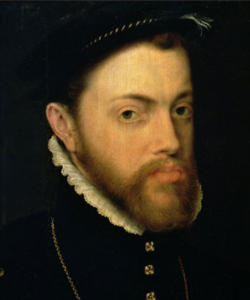 It is important to note that Francis Drake had a personal war with Spain. In 1568 Drake had his first duty as a ship’s captain. Aboard the Judith, he sailed on a slaving expedition with his cousin, John Hawkins, in command. After getting hit by a hurricane, Hawkins’s small fleet was forced to repair in a Spanish harbor at San Juan de Ulloa (near today’s Veracruz). An agreement was made at the port with the new viceroy of New Spain, Don Martin Enriquez de Almanza. The agreement, however, was ignored by the new viceroy as Drake saw hundreds of his fellow sailors either killed outright or taken into slavery by the Spanish as they successfully attacked the vulnerable English ships with the use of “fire ships”. Drake never forgot this tragic event and it strongly motivate him to gain revenge against Spain for the rest of his life. Ironically, it was Drake’s idea of using “fire ships” that largely brought about the defeat of the Spanish Armada in 1588. 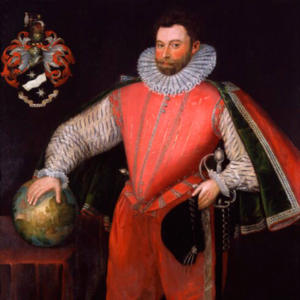 Francis Drake never considered himself a “pirate” or even a “privateer”, but a soldier for England. In this well known and intense personal commitment, I feel that he was both principled and honorable. His circumnavigation of the globe and daring deeds along the west coast of the Americas earned him a knighthood when he returned to England. Also worth noting and unknown by many were his successful leadership roles in England as mayor of his home town of Plymouth, a local civic leader, and Member of Parliament.